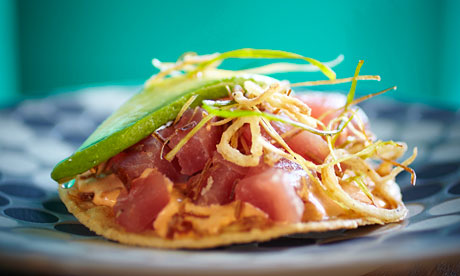 Now is the time to forget about anything negative you might have ever heard regarding eating in London. Unlike the bad reputation that once revolved British culinary offerings, the reality that now exists in London is much different. It has broken out of its old, out-dated mould to emerge on the forefront of some of the best, trend-setting foods in the world.

London offers an array of International foods – so broad that it can even be intimidating! Visitors to London can try and “eat” their way around the city, but it would take a lot of dedication, time and money to try and sample it all. One of the most favourite activities that Londoners enjoy is eating out and trying new cuisines. New restaurants are opening on a regular basis featuring unique, new twists to tantalize and delight their diners! Because of the amount of places opening up, the competition is steep, so each one is working hard to provide something truly unique and interesting, to win new clientele and keep regular customers always on their toes. London food tours also emerge across London, allowing outsiders and locals to try many of the wonderful dishes this city has to offer.

One of the best places to try new International cuisines when eating in London is in Soho. It has a history of being known as a trendsetting neighbourhood where most restauranteurs try to open their first restaurant. If it’s a hit in Soho, then usually they will open up more of them in other places in London. It is truly sink or swim, and winning over the clientele of Soho, means you can win over clientele in other places. One perfect example of this is Kua’aina Burger. The first Kua’aina Burger to open up in all of Europe, opened in 2011 on Foubert’s Court. Being near the famously commercial Carnaby street and tucked away in a tiny corner, it isn’t the easiest place to find and one of those places that you would probably think to walk by without going in. However due to how amazing their food is and the quality behind every dish they make, they are a hit in Soho and have now opened up a second location on Googe Street. It is just one of the many success stories that come out of Soho. Kua’aina Burger is one of the favourite stops at the London food tour organized by London Food Lovers

Londoners eating in London are also really gaga for markets and street foods. Usually at lunch time, most people prefer to get out of the office and get some fresh street food made for them fresh, instead of bringing lunch from home. London offers a wide variety of markets where you can get fresh food made right in front of you – from Borough Market to Rupert Street Market, there is no lack of locations to try street foods. There are even a few nighttime markets, where people can enjoy a variety of street foods for dinner and not just for lunch! The majority of the foods in the markets are also international – from Thai to Italian to Ethiopian. For foodies and non-foodies alike, London has emerged from its old, culinary boring cocoon and spread her beautifully colorful wings as one of the richest cities in International cuisine in the world.